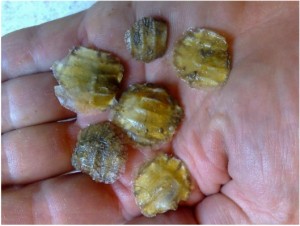 TEPSA and Oyster Boat ApS (OBA) cooperated on a new collector design during months of September to December 2015, at wich time the mold was ordered. The first test samples were manufactured in January 2016, and actual production for the current season began late February.

The new flat oyster (Ostrea edulis) collectors will start being used during the current season.

Oyster farming in the Danish Limfjord is non tidal and in depth water, and the quality of the product is very high. 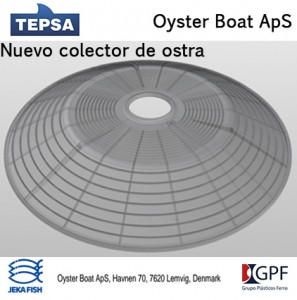 The biggest native flat oyster beds in Europe are found in Denmark. It is a rare species in other countries due to the parasites and diseases that, nonetheless, are less present in deep cold Danish waters. OBA became a subsidiary of Jeka Fish A/S in January 2015, and it has been producing flat oysters under Europe and national Danish ecology standards for aquaculture production since march 2015.

The oyster collectors are made of HDPE discs with a central passing for an interior pipe that joins them together, forming 1 meter long collectors with numerous discs. The different elements are shipped separately to OBA for assembly and marine deployment. The new collectors does not have any central passing incorporated, which reducing packaging space 4-5 times.

The design has been adapted to OBA’s flat oyster larvae collection system and has 4-5 times better logistics than the traditional French “coupelle”.

For its manufacturing, TEPSA uses virgin HDPE and food authority approved additives. The collector is 100% recyclable, inert and non-toxic. Moreover, collectors are marked with the oyster grant number in order to assure traceability. 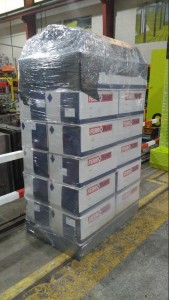 The new collector is the joint 50/50 ownership of TEPSA and OBA. For further information please contact TEPSA or OBA.